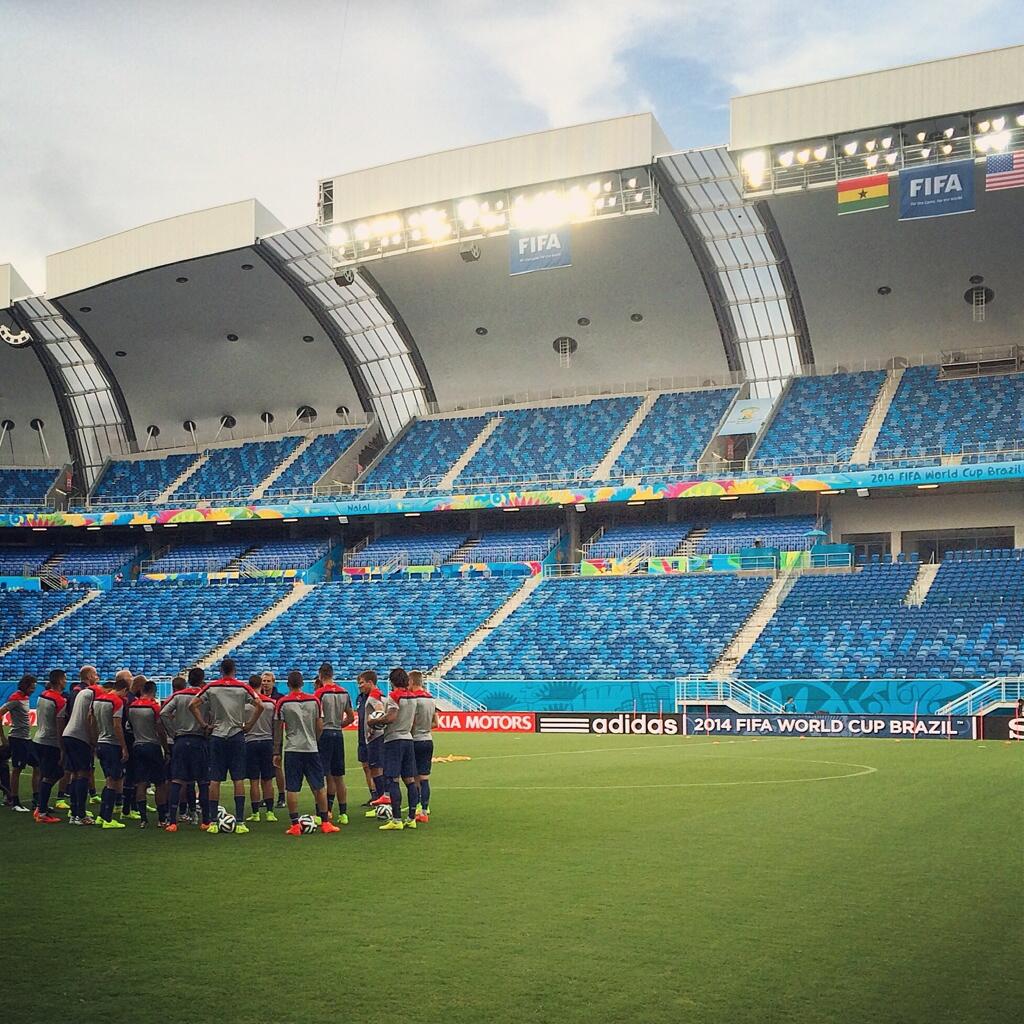 With the beautiful sandy dunes of Natal in the background, we have recently completed attaching the last chair at Arena das Dunas in Rio Grande do Norte, ahead of the FIFA World Cup 2014.

Arena das Dunas is one of six new stadiums constructed for the international football tournament in 2014 and will be used to host four group stage matches in the city of Natal. It also serves as a new home stadium for local football clubs ABC FC and América de Natal.

The chairs where produced in five different shades of blue and randomly installed in a pixelated arrangement. The seat colour resembles the sea and the petal shaped roof references Natal’s sand dunes.

Designed by Populous, Arena das Dunas is set to be a multipurpose venue. The main stadium will host sports events, trade shows and concerts, and the stadium’s 22,000m2 outdoor plaza will also host events.